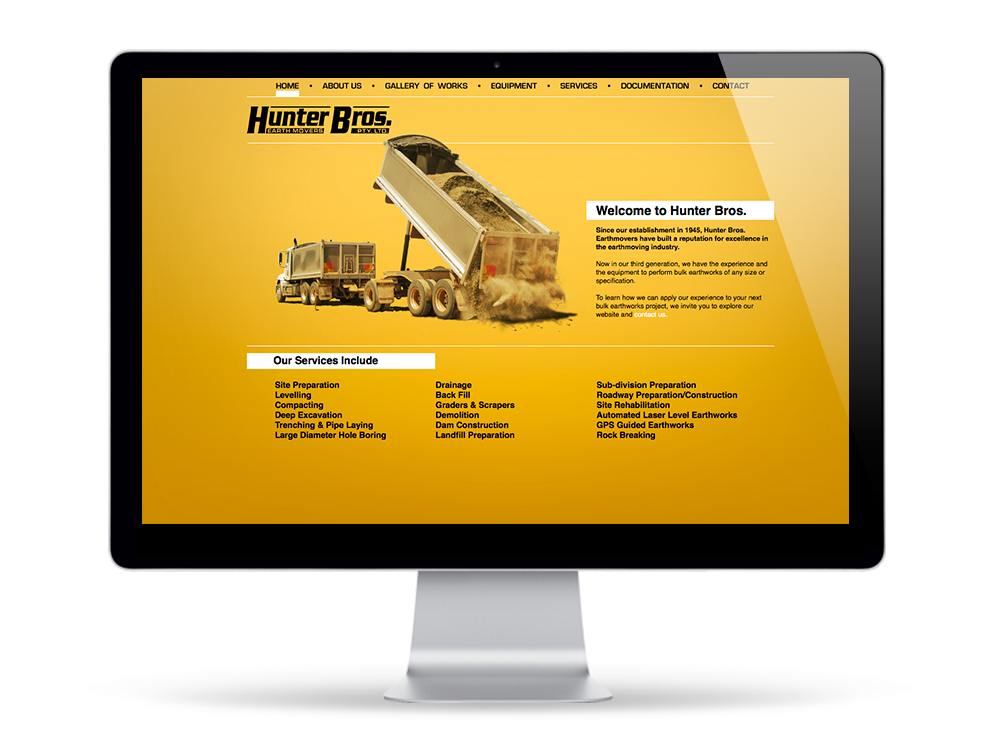 Though the site is now obsolete, I'm still very proud of the design.

Photography was limited to what the client could provide. 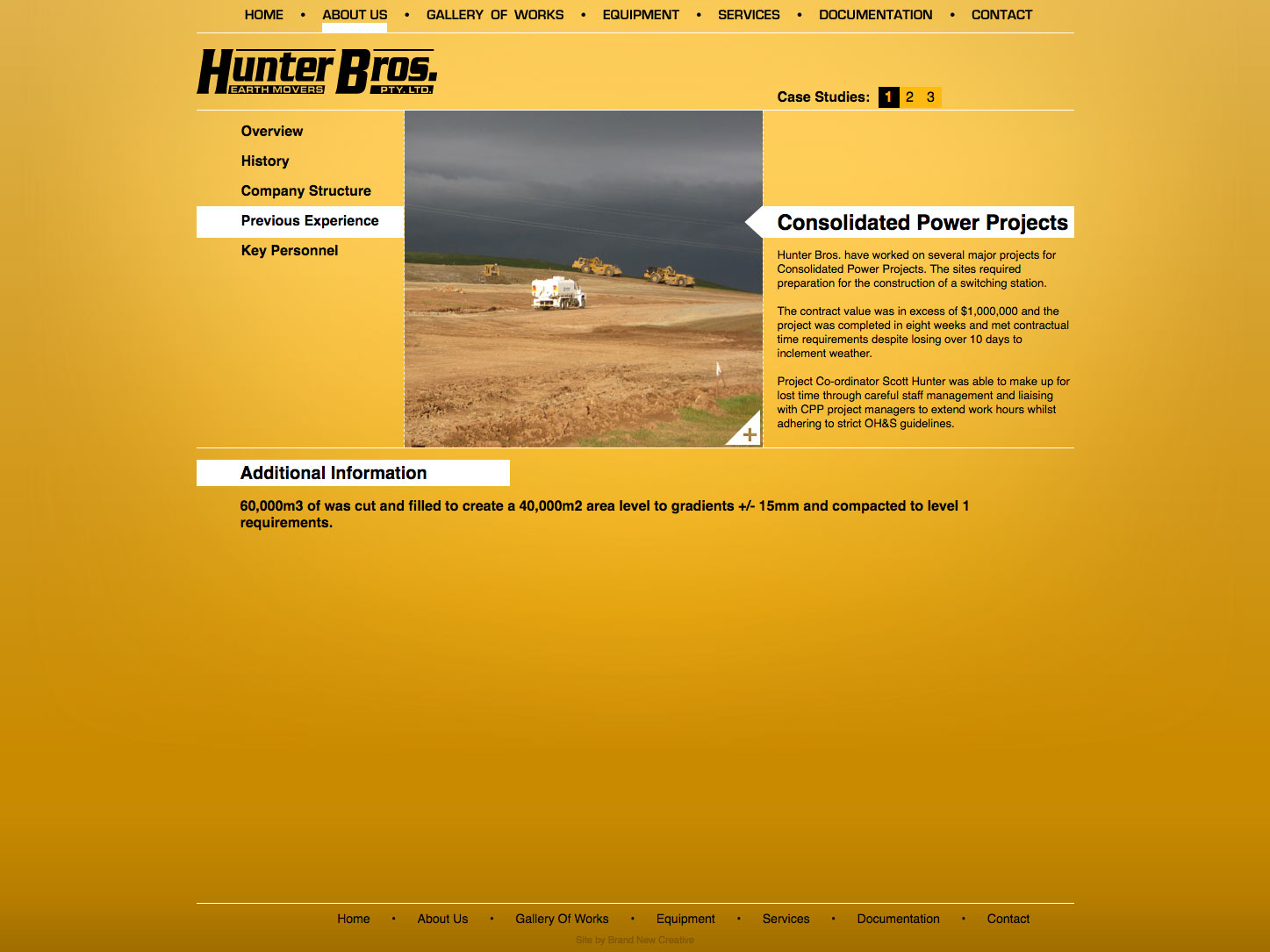 Note: The shadow box function seems to be broken on the Way Back Machine. 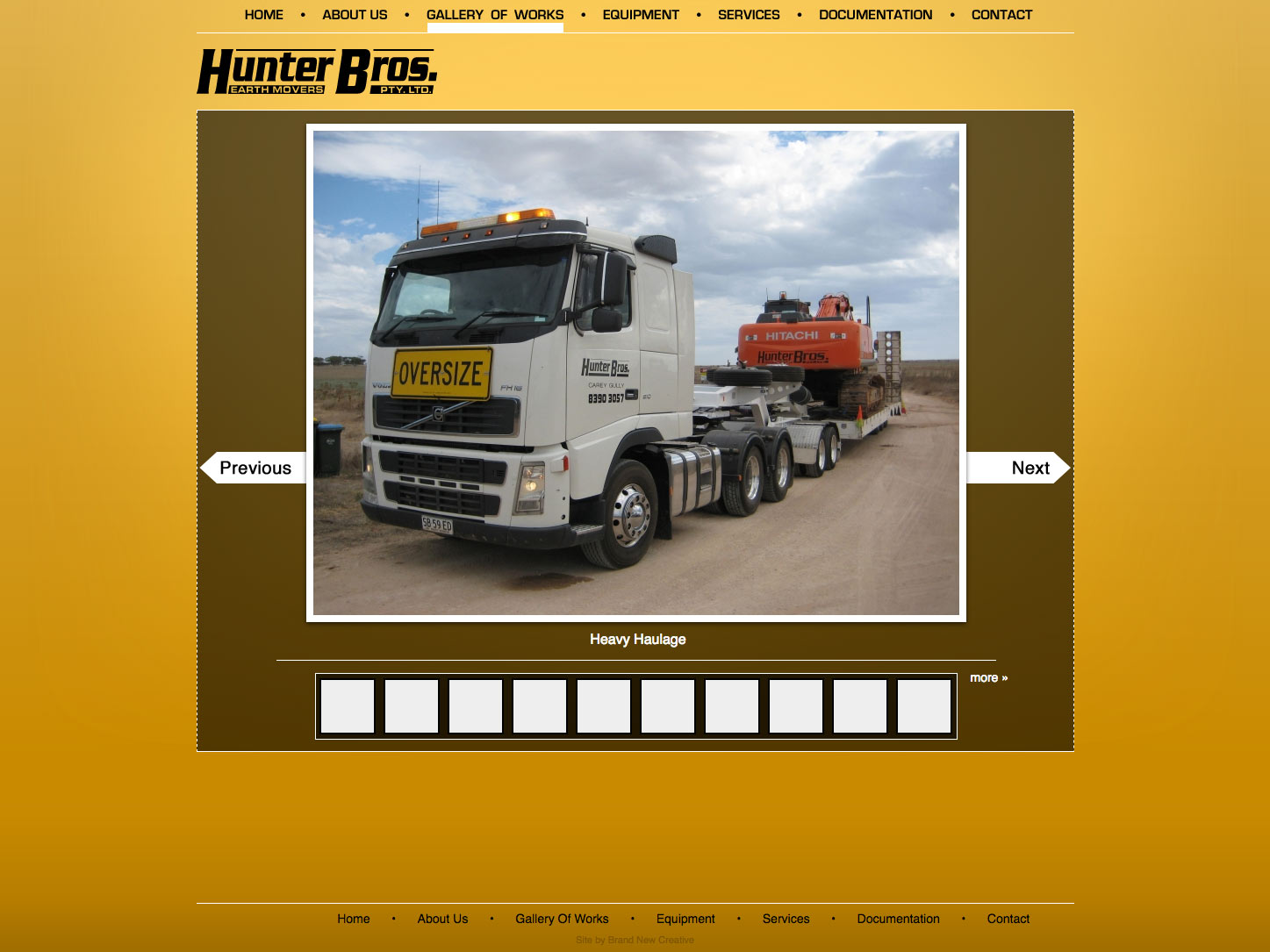 Note: The square thumbnail images seem to be missing on the Way Back Machine version of the site that this screen grab came from. 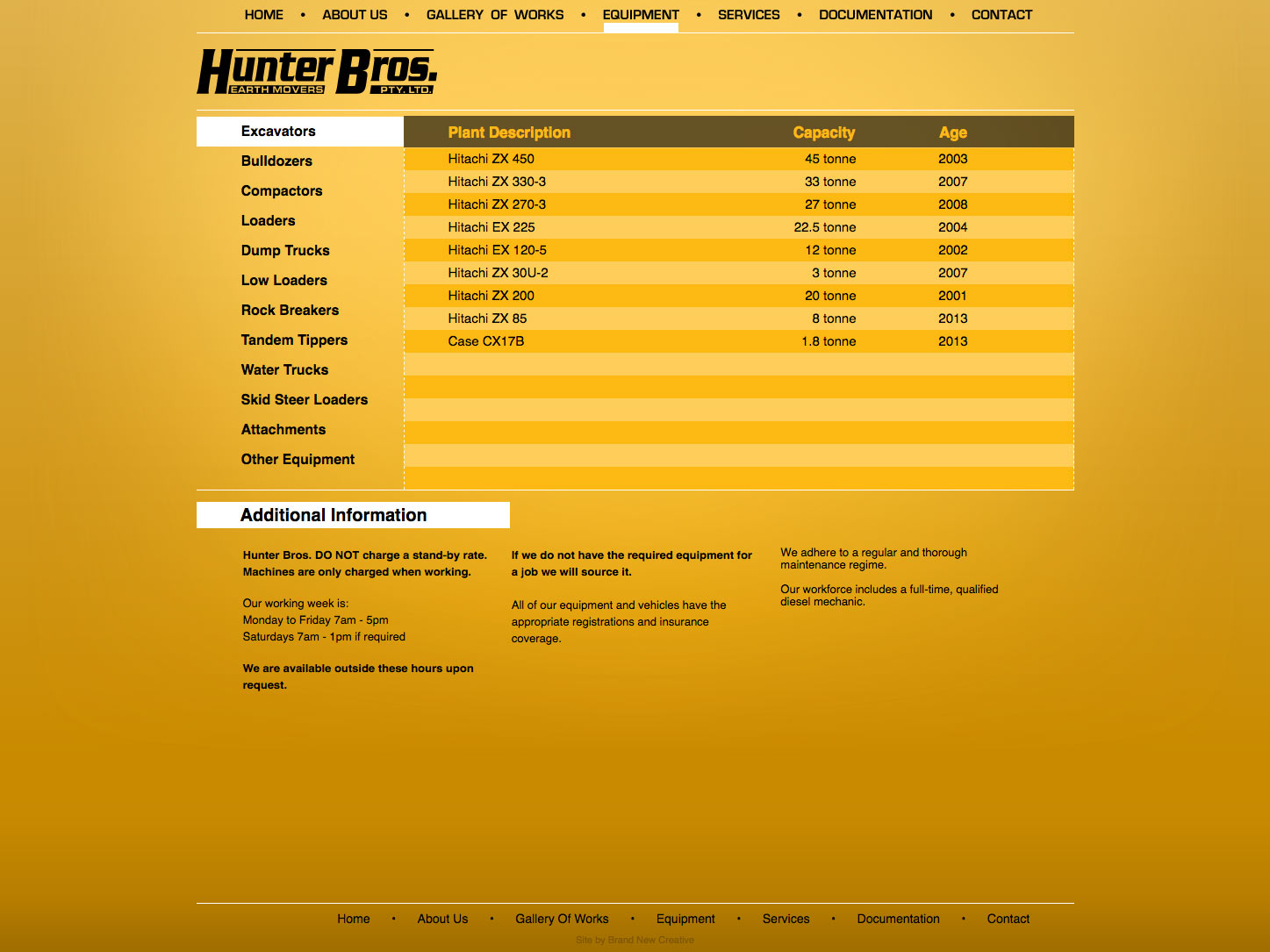 The site originally included photos of every machine however this appears to be broken on the version of the site archived on the Way Back Machine. 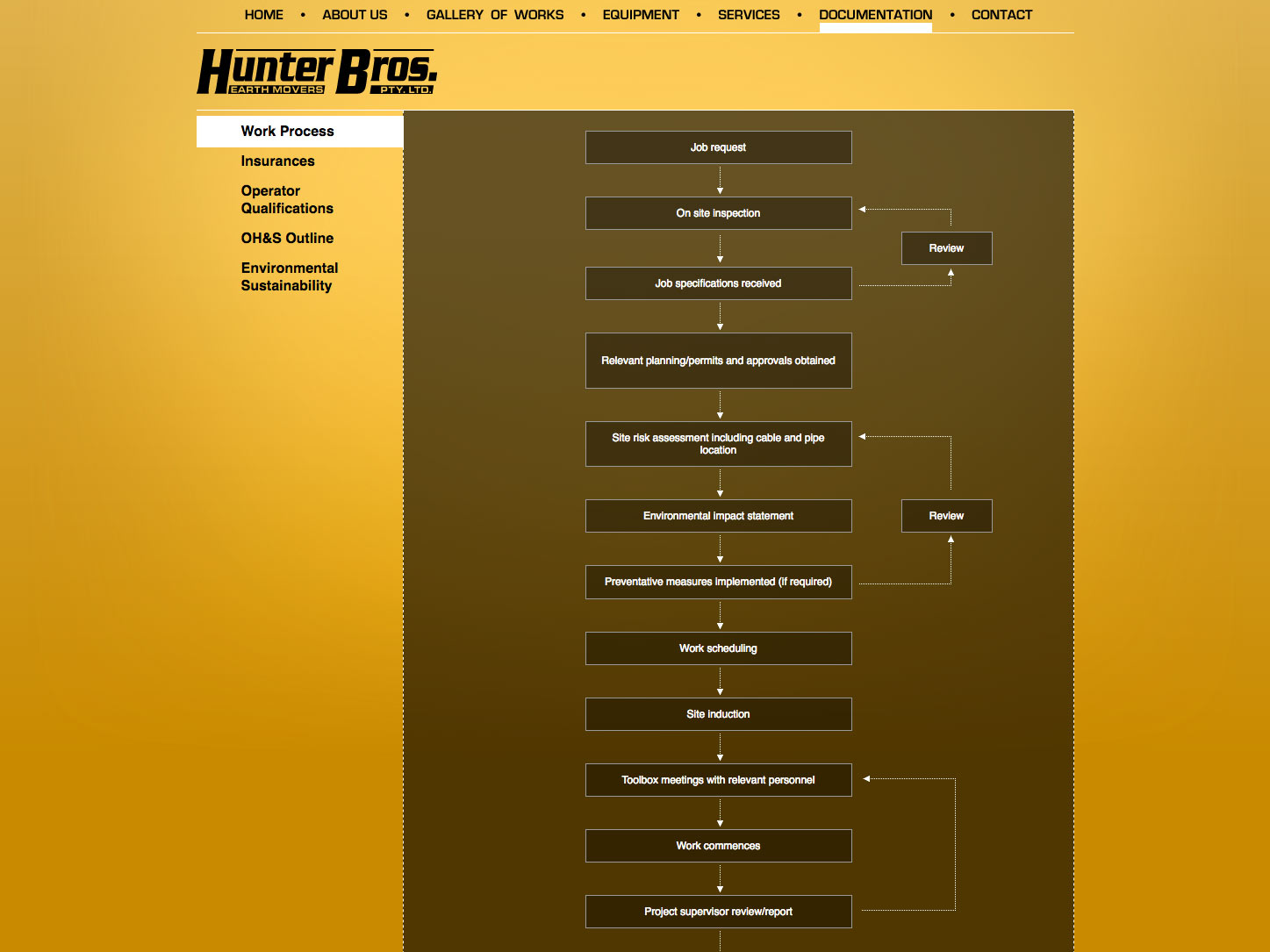 Given the limitations of the Site Grinder platform, this flow chart had to be built using tables and pasted into a text field. 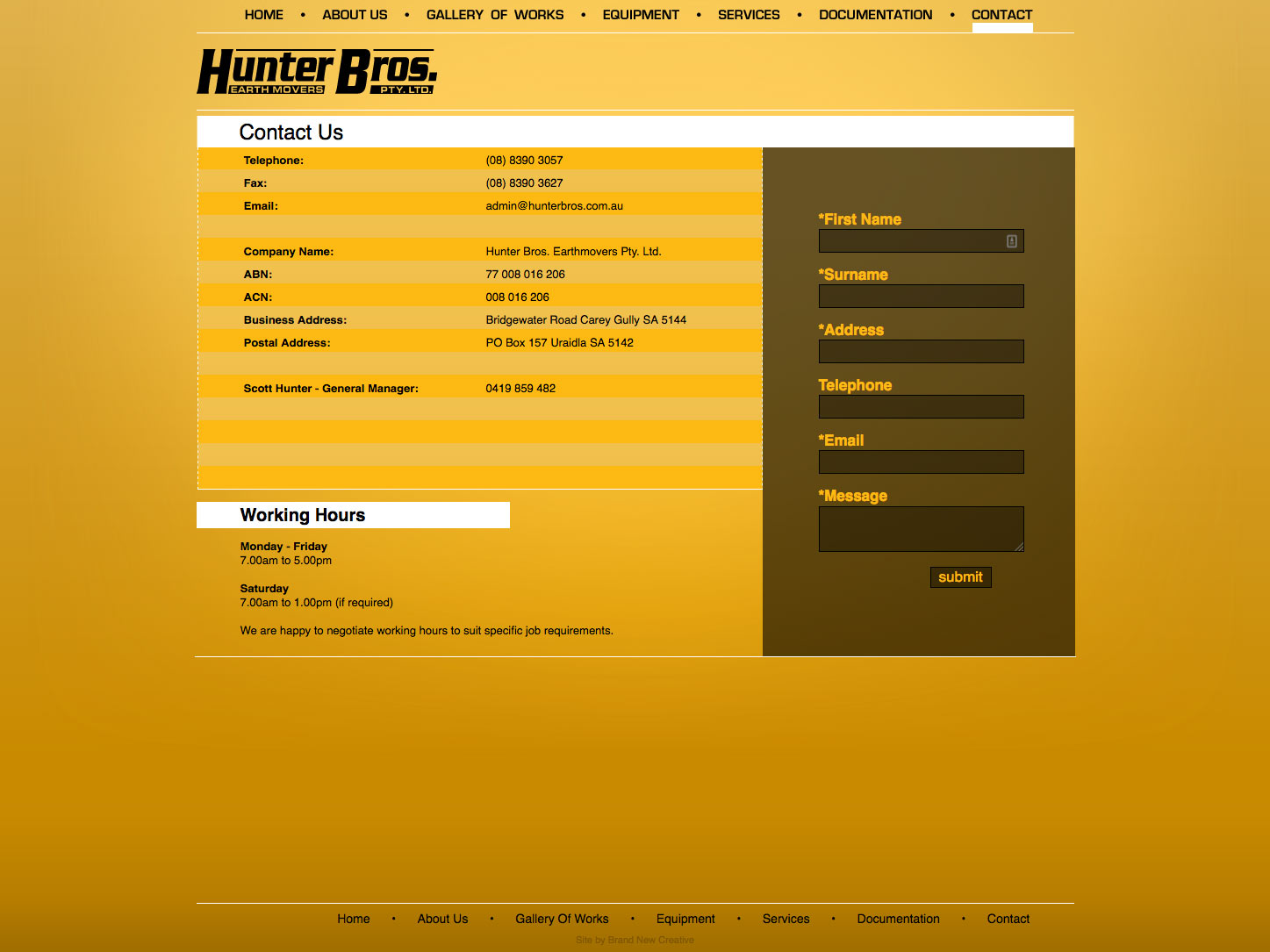 Prior to my introduction to WordPress, I designed and built this site for Adelaide Hills Based, Hunter Bros Earth Movers using the never-to-be-sufficiently-damned SiteGrinder platform. Certain limitations on what could be achieved using the tool led me to begin tinkering more seriously with HTML and CSS.

This launched some time before March 2012 and was in use until late 2016. You can still view the site on the way back machine. The client has since wisely moved on to a WordPress site.