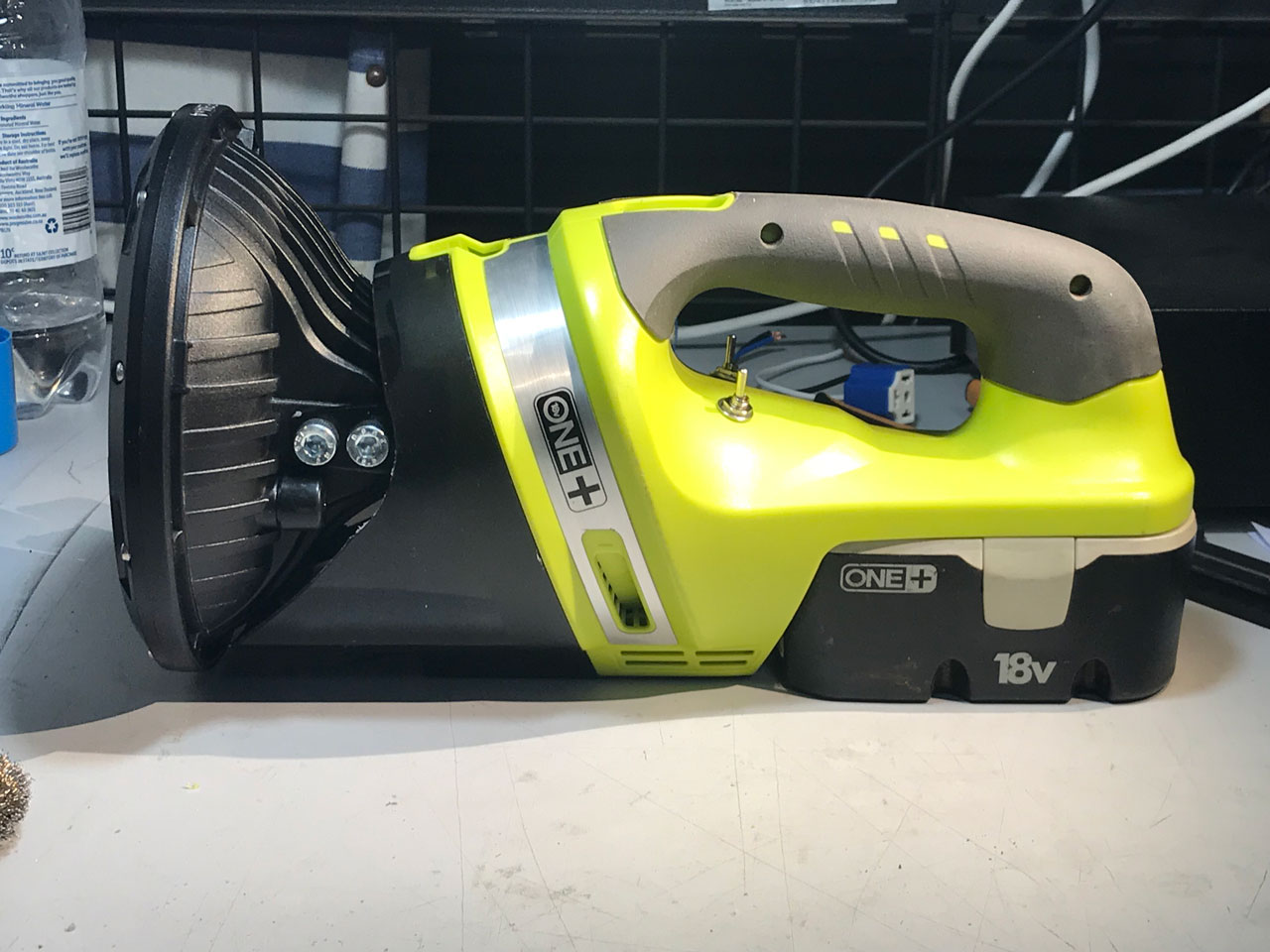 The finished torch, resplendent in its Ryobi anti-theft yellow. 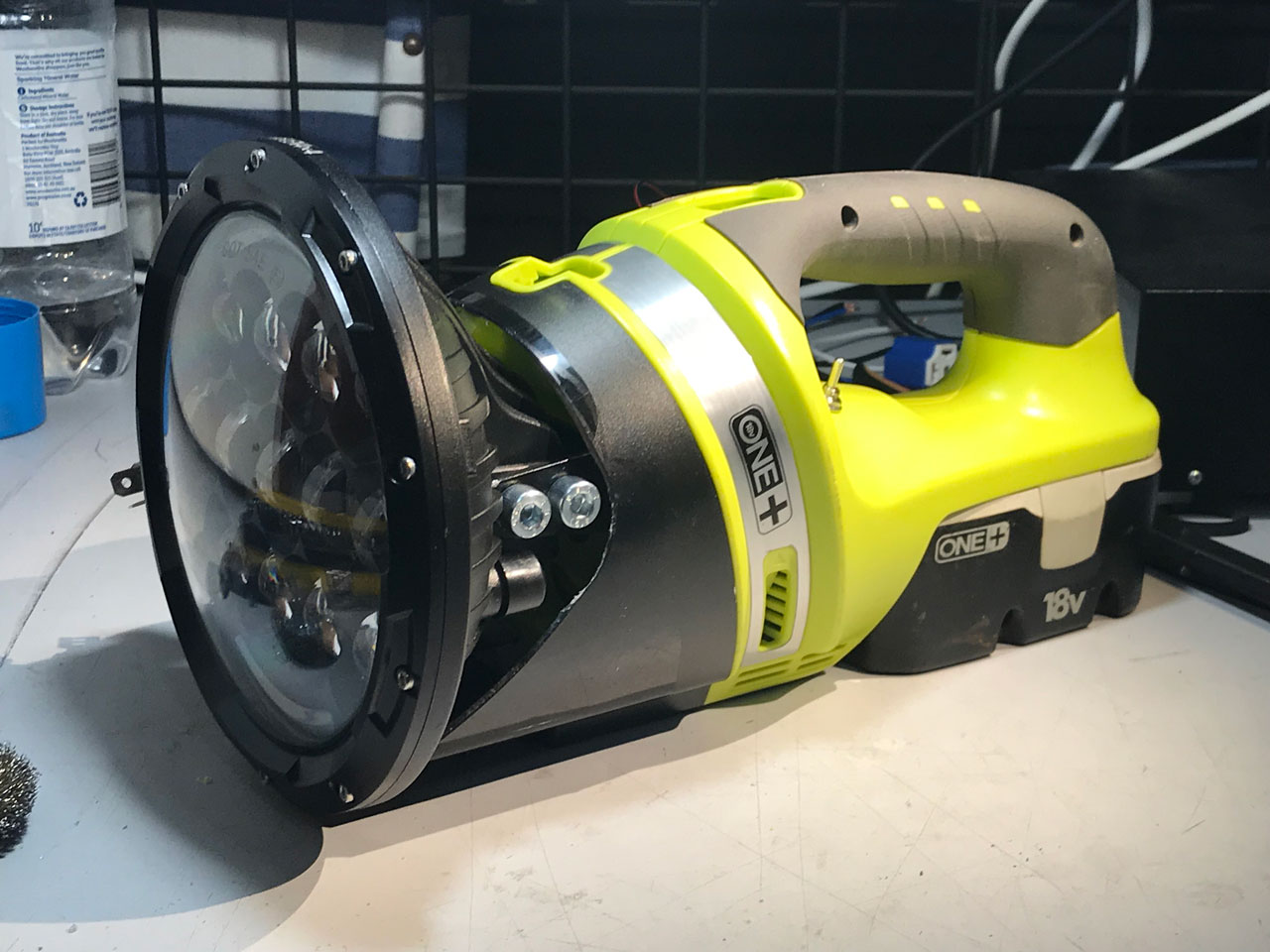 The finished torch. Yes, it is a bit front-heavy. Two hands recommended. 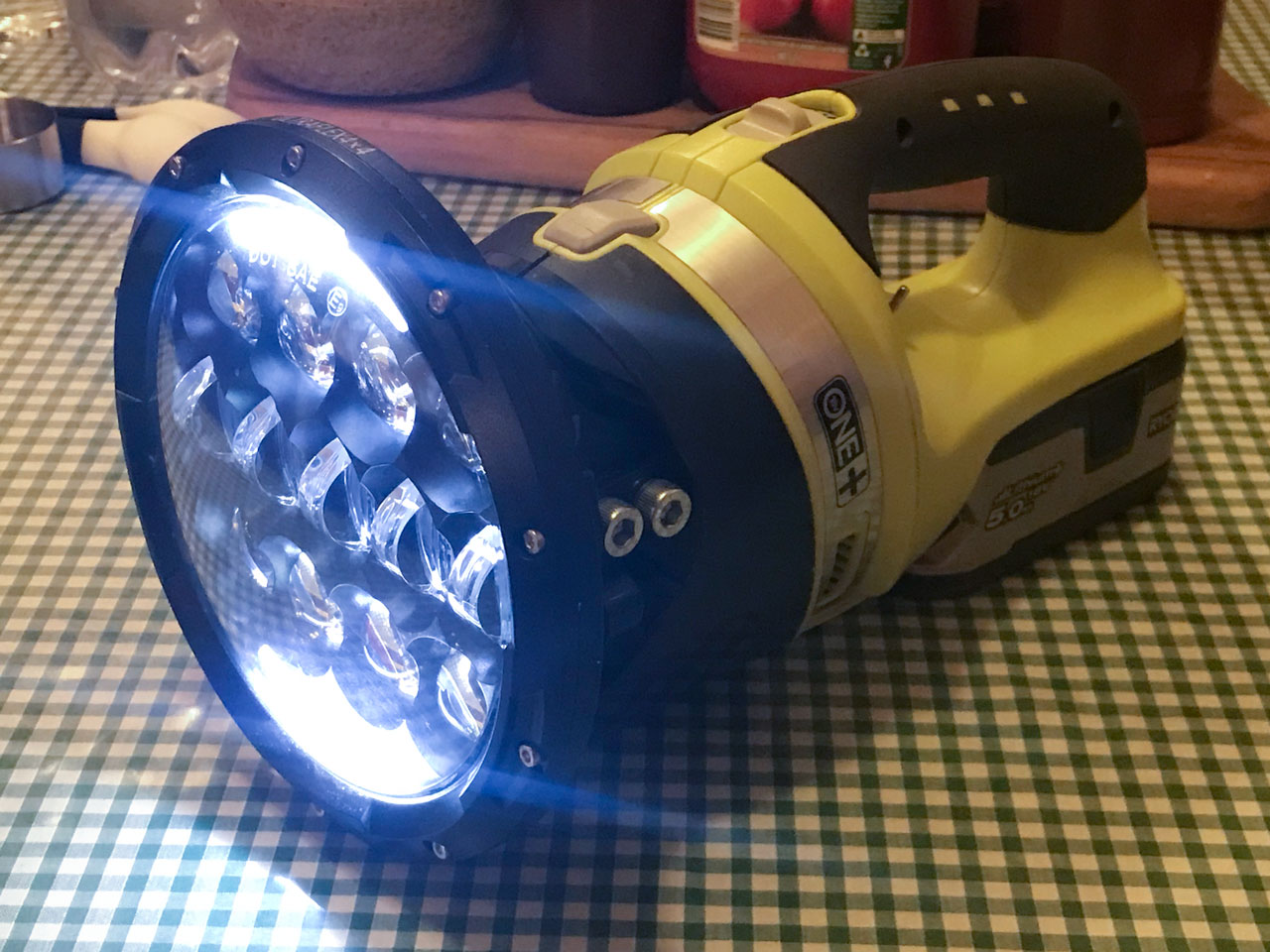 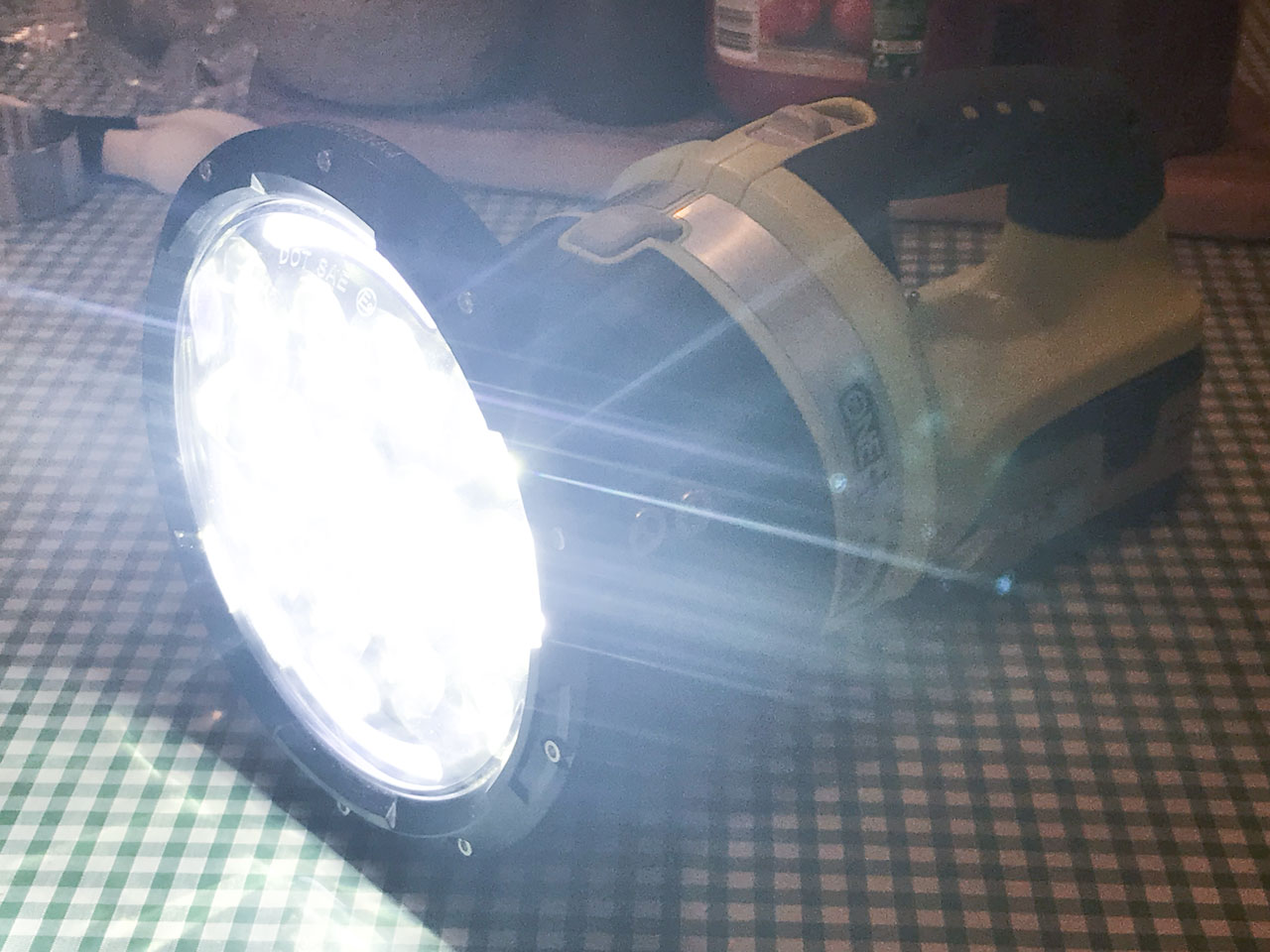 High-beam mode with all lights illuminated. This includes a spot-focused beam that is particularly good for spotting wildlife. 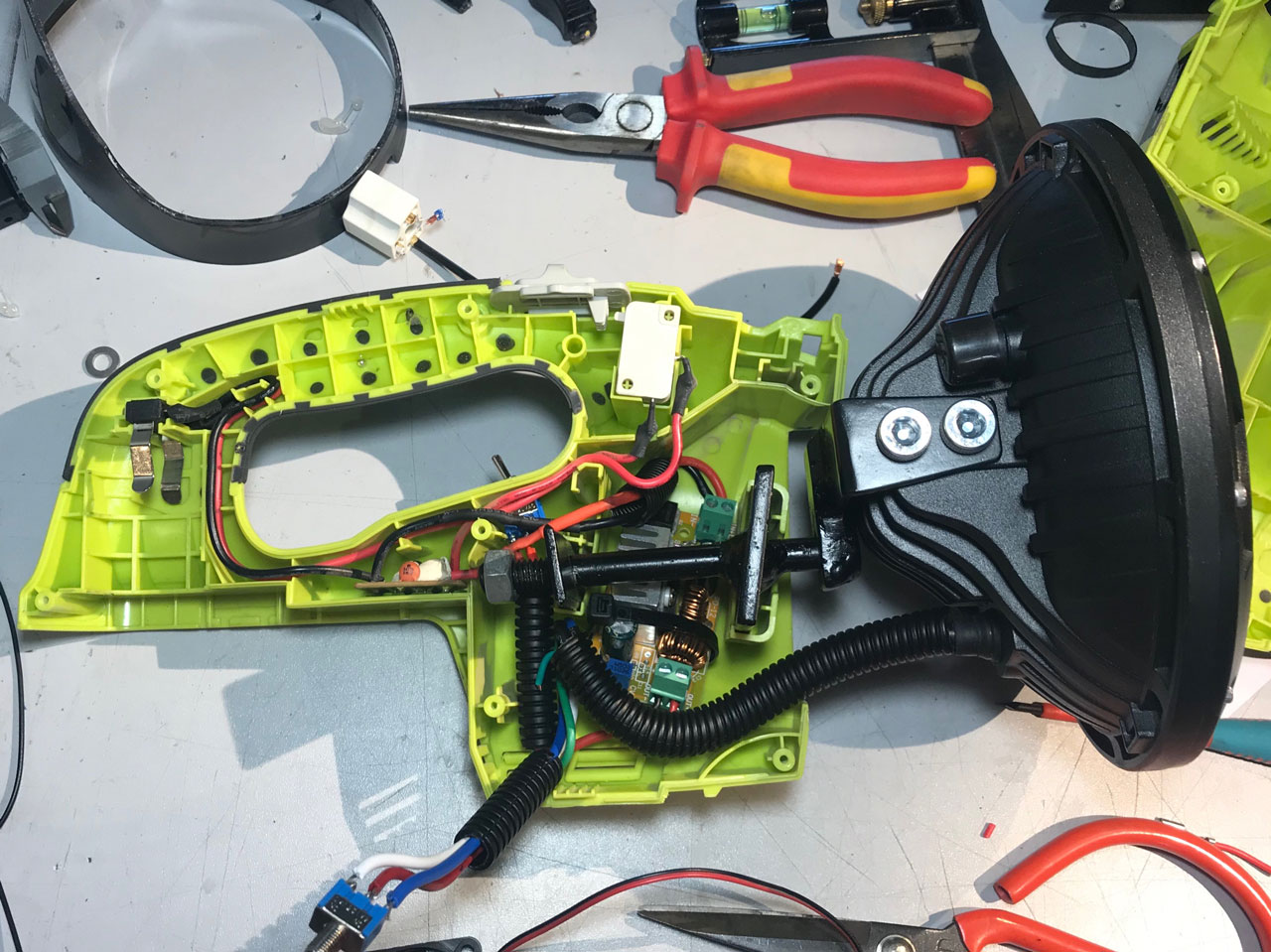 The inner workings prior to installing the cooling fan. 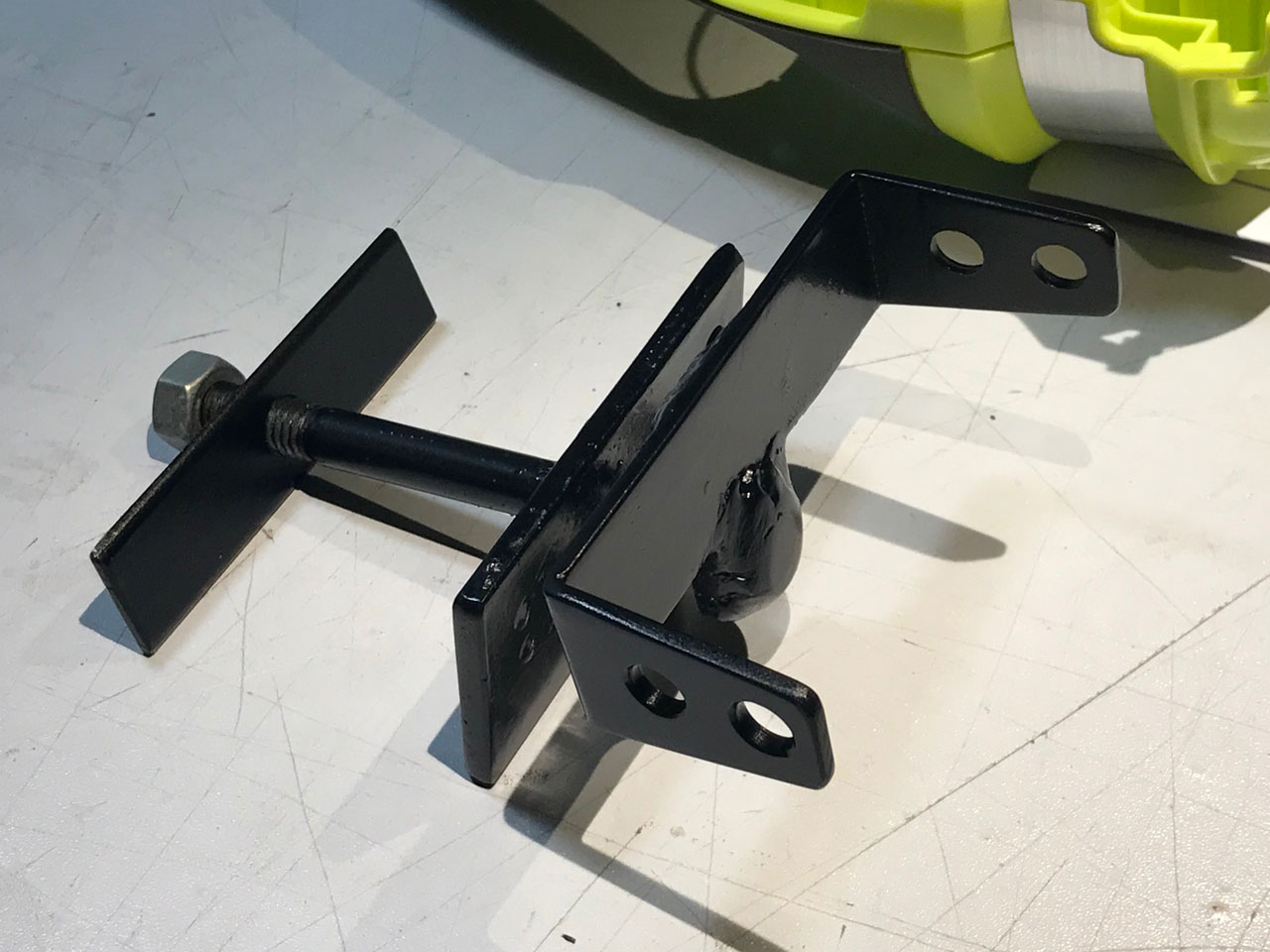 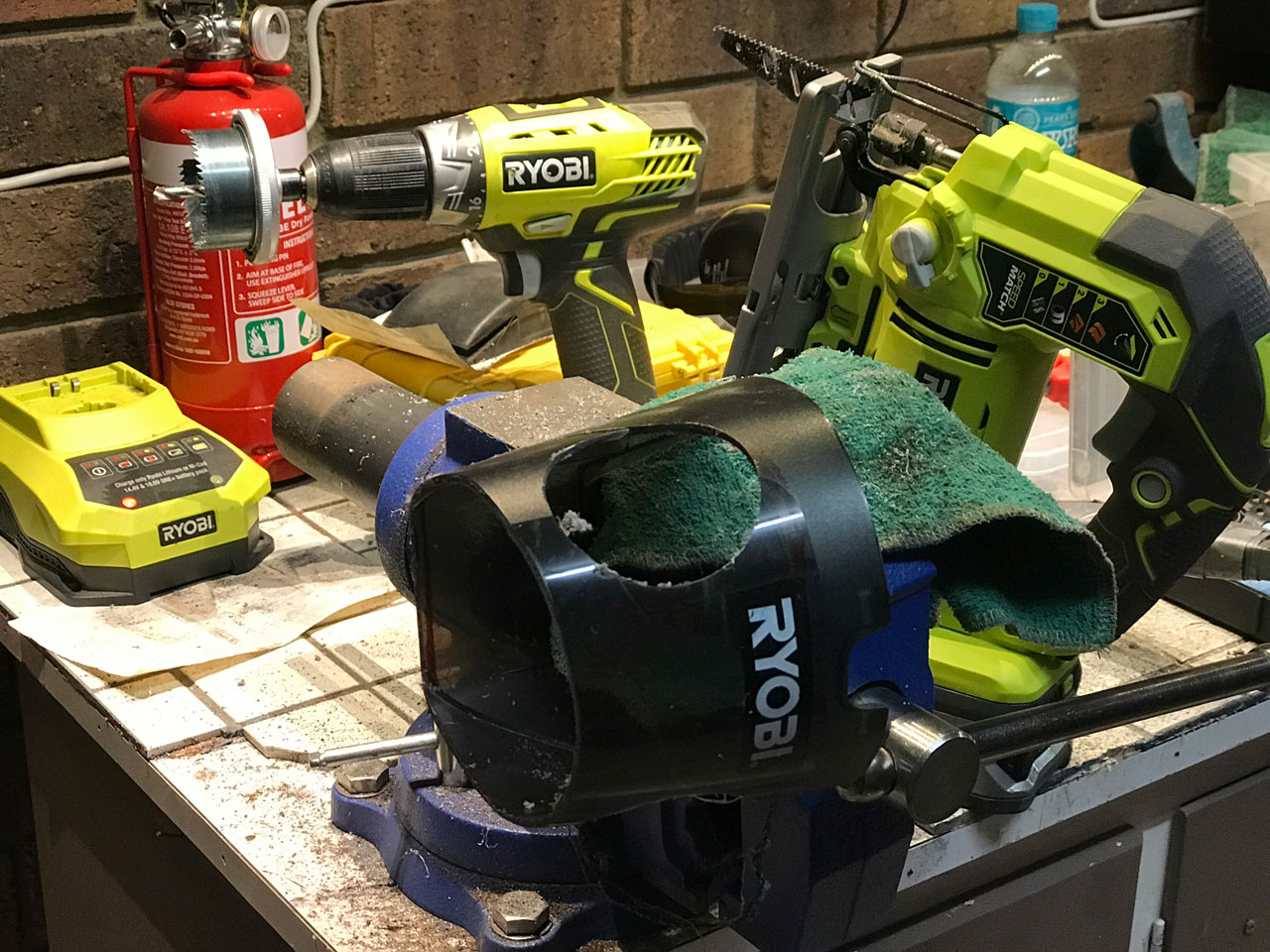 The dust chamber of the vacuum chamber being cut down to serve as a forward shroud.

Years ago I made the mistake of buying a rubbishy dustbuster thing to go with the rest of my Ryobi ONE+ 18V tools. It only took a handful of uses to decide that it was utter crap, yet I never got around to returning it.

That being the case, the next most logical course of action was to use it as the basis for a mad, unnecessary project. The final result is an obnoxiously heavy torch that uses a drill battery to power a 7″ LED car headlight. It is complete with high beam, low beam, park and an “orange” mode which is simply the indicator function run without a flasher module.

Plan A had been to mount two large eBay LED chips on a CPU heatsink and run them via a DC buck/boost regulator. Having bought all of the parts and start assembly, the LEDs proved sub-standard and I just lost interest for a few months.

After one of the LED headlights I installed in the Landy had a single diode failure, it was replaced under warranty and I got to keep the dud. Having a more robust light to work with naturally reignited the project.