The finished signs, laser etched on 18mm marine ply. Later, the client finished these with a clear varnish and installed them with the garden beds. 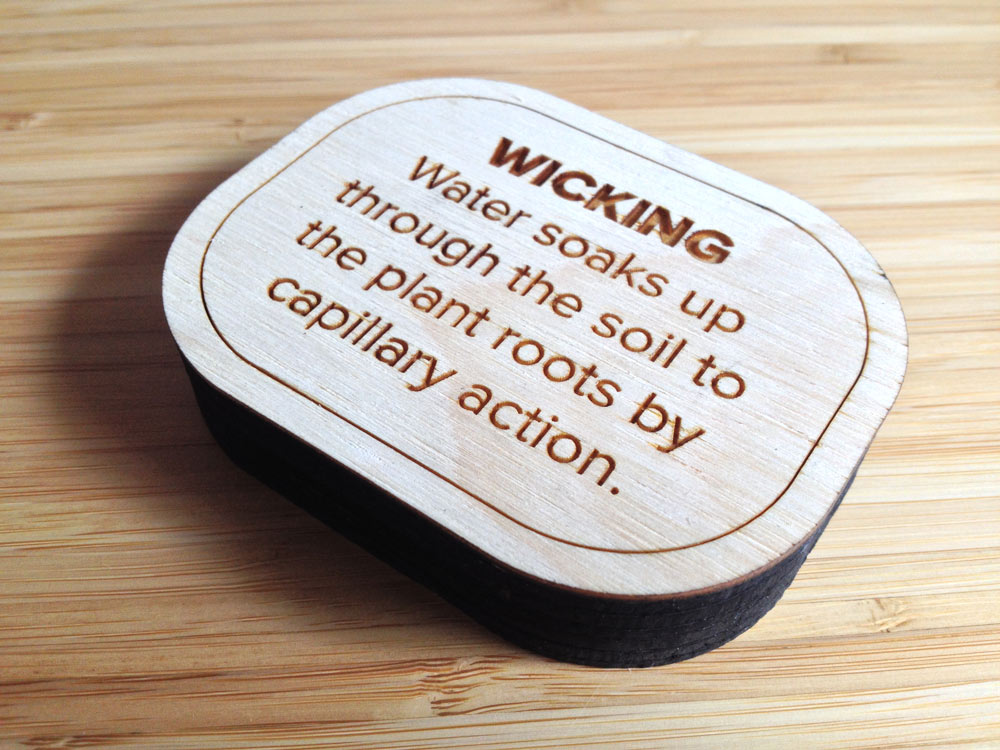 A sample of the finest text on the signs was laser etched on the chosen 18mm marine ply to test readability. 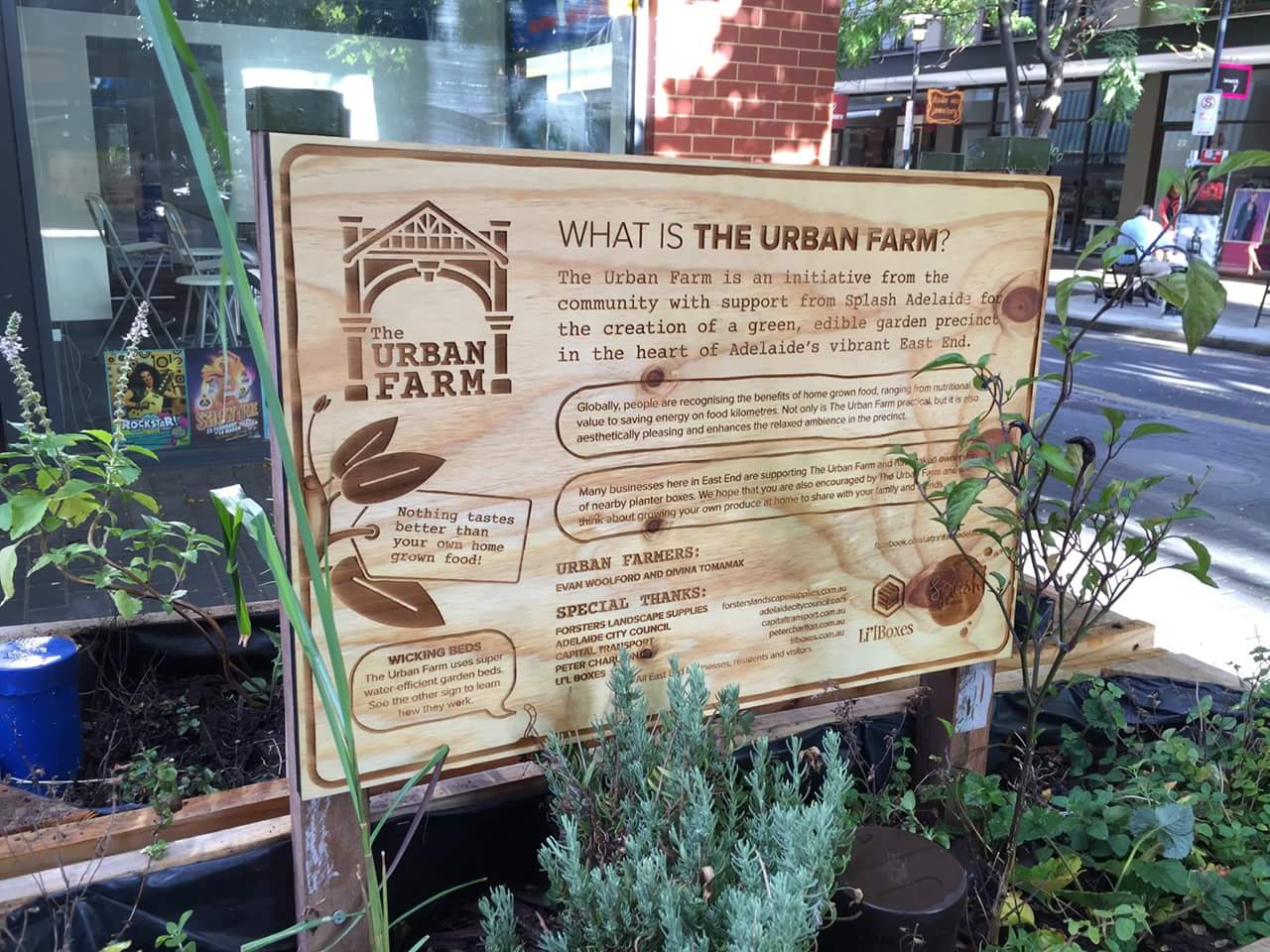 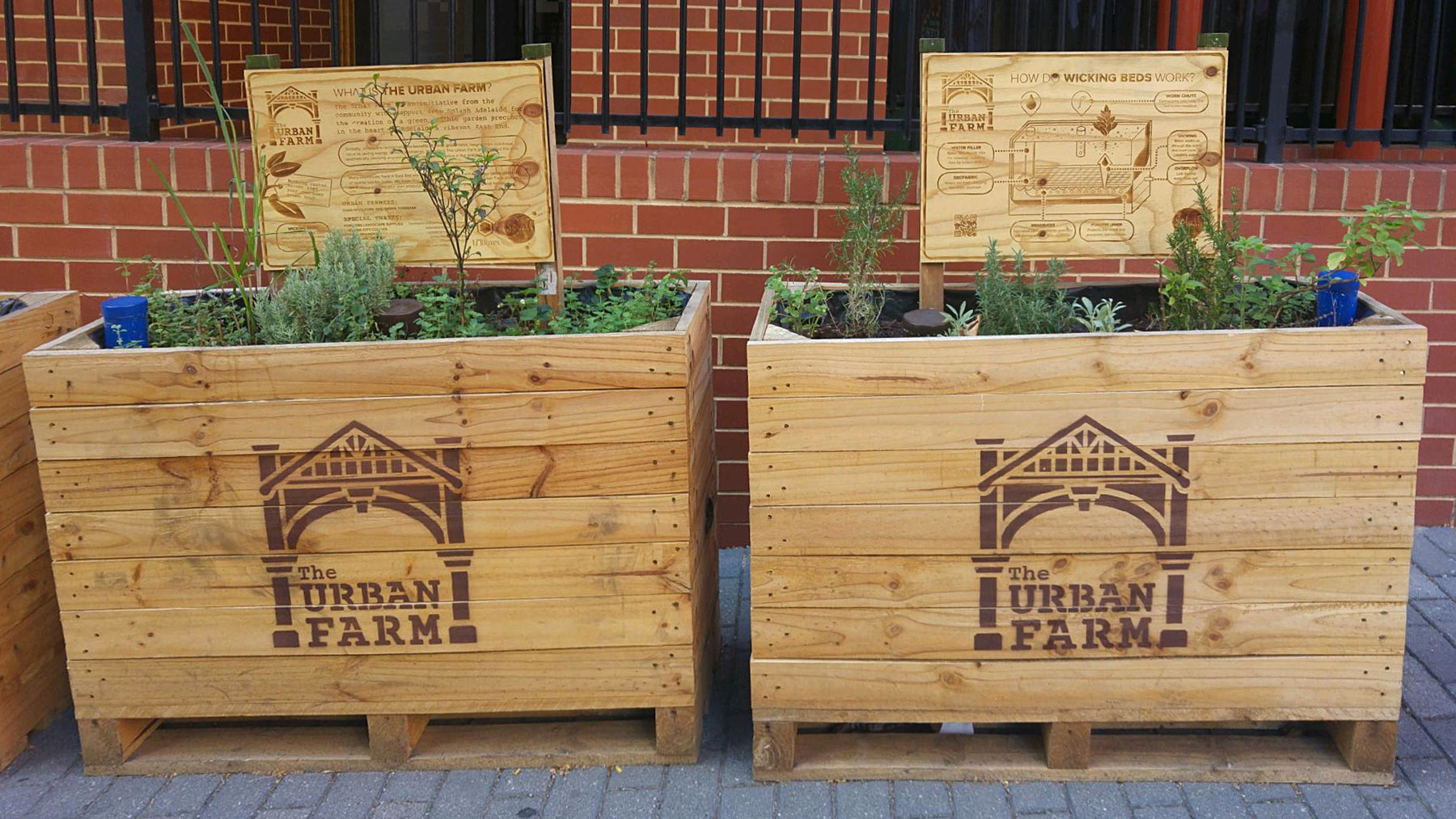 The logo was applied to the sides of the planter boxes in addition to being laser-etched on the two signs. 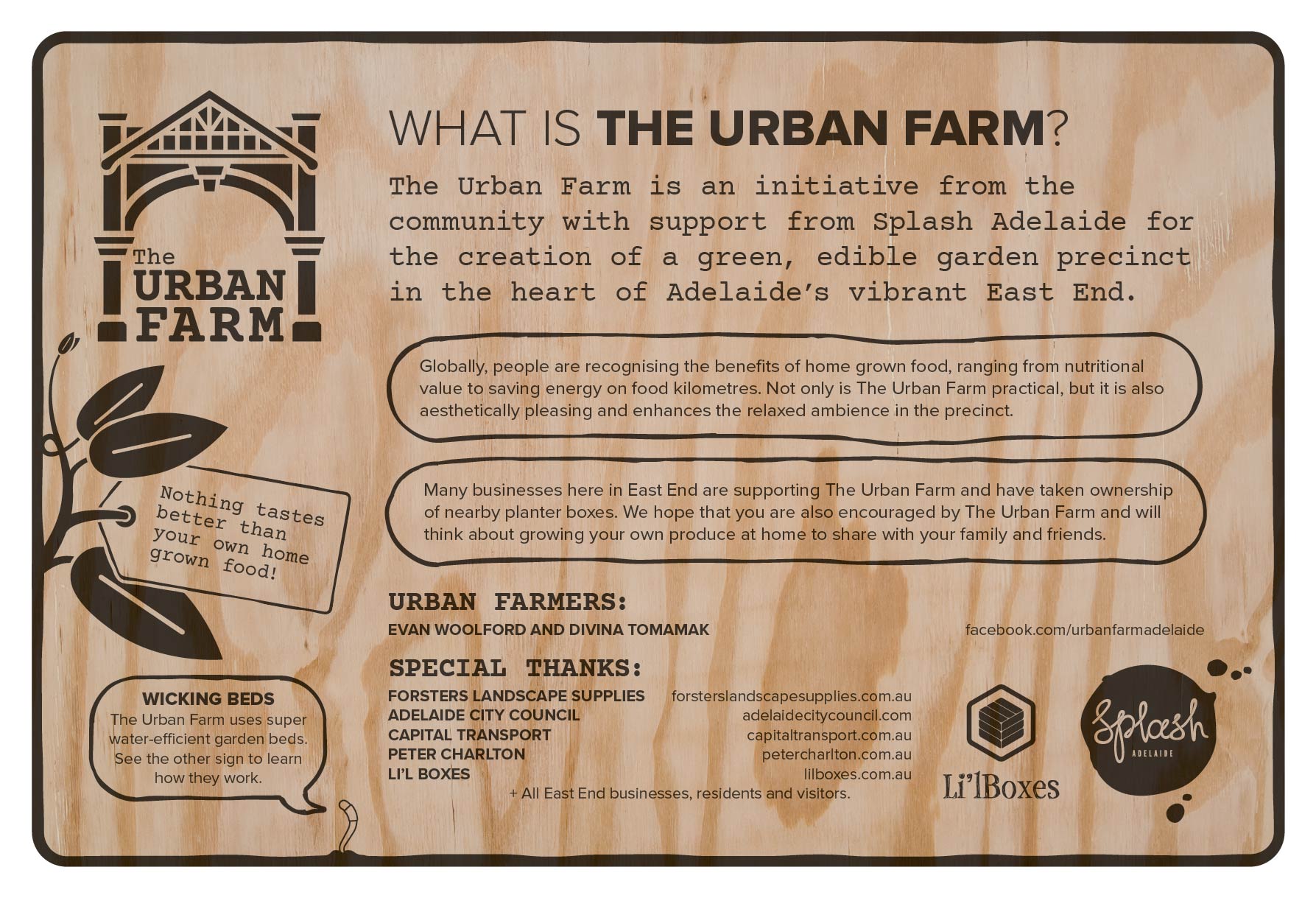 These were the visuals provided to the client for approval and the manufacturer for production reference. 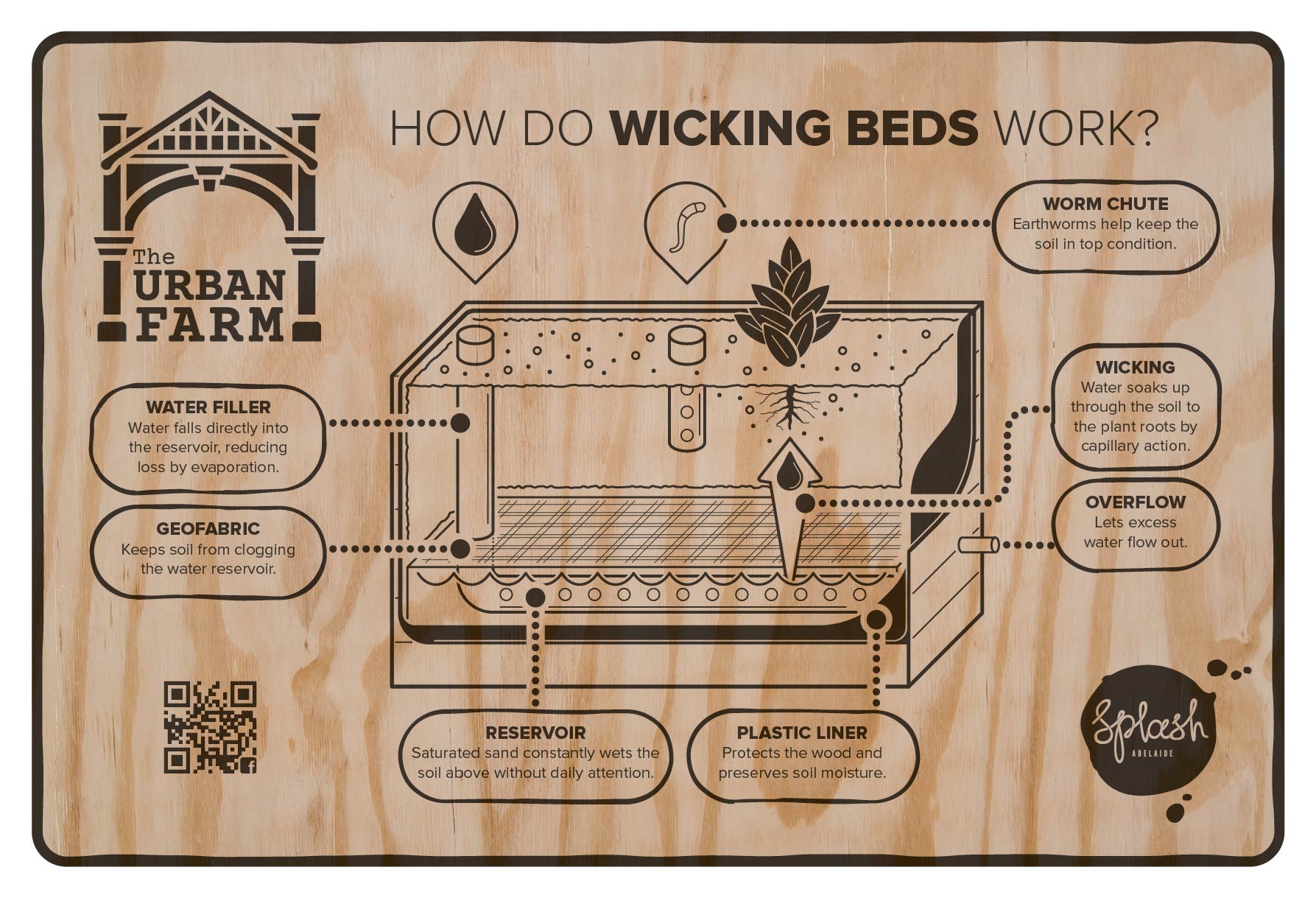 I was required to create the diagram and write all copy based on examples provided by the client. The QR code points to a bit.ly address so that it can easily be redirected later if needs change.

After designing the Urban Farm identity and providing visuals for the proposal, the next job was a pair of signs laser-etched on marine grade ply wood. The client then clear coated the signs and installed them with planter boxes.

The Urban Farm was a temporary installation project supported by Splash Adelaide and Adelaide City Council to bring self-watering edible garden beds to the East end of Adelaide. It was in place from October 2015 to April 2016 and in fool bloom during the festival season.